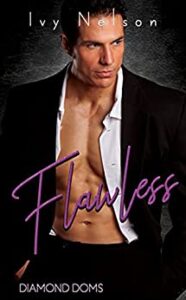 Matthew Bruce has a lot of secrets.

He’s legally married to royalty, he’s in love with his wife’s little sister, and he’s not really dead like everyone thinks. To top it all off, it turns out his recently deceased grandfather was part of the international underground organization his friends at Club Solitaire have been tracking down.

Faking his death hadn’t been part of the plan, and having Kendall Livingston, his wife’s sister, track him down most definitely wasn’t in the plans.

Now he has to keep them both safe and keep Kendall out of his bed.